Modern computer technologies based on artificial intelligence (AI) are now widely used in various areas, including medicine, stock analytics, the Internet of Things, image, speech, and text recognition. In this post, we will talk about the use of AI applications in music. Indeed, there are systems on the market that write songs by themselves and make the life of musicians easier and more convenient.

Many of us have dreamed of a career as a rock star, but unfortunately, the abilities of the average person do not allow for this scenario. Mr. Alex Mitchell and his Boomy app, however, have set out to correct this injustice. You can create music compositions by yourself using Boomy’s AI-based software. The application takes care of all the hard work; you only need to select a genre (or combination of genres) for the composition and click on the "Create Song" button. It takes just a few seconds to select the key, chords, and melody of your track. After that, the song can be finalized at your discretion. In Boomy, a user can add or remove instruments to their own taste, speed up or slow down the tempo, increase or decrease the volume, add echo, make the sound softer or harder, and insert vocals. In a word, everything is in your hands.

Boomy was founded in California back in 2018, and in almost three years of existence, the application has already created about 5 million songs, according to its developers.

What's more, Boomy users can even post their songs on Spotify or other music streaming sites and even get paid for downloads and plays. We should note that Boomy still owns the copyright to the created songs; however, according to the company, 80 percent of the funds received are transferred to the people who created these songs.

According to official statistics from the company, out of more than 5 million songs, over 100,000 have been placed on various streaming services by more than 10,000 users.

Another interesting fact from Mr. Mitchell: almost 90 percent of users have created music for the first time in their lives with their application. Additionally, when people were forced to stay home during the pandemic, many users received passive income from song downloads, and some managed to get upwards of $200 (£74) per month, which was no doubt a nice addition to their primary income sources.

Wait a minute, though! Are songs created by AI as good as those written by professional musicians? In truth, songs created by Boomy sound quite artificial and are considerably different from what we are all used to listening to: music performed by real people with real instruments.

On Spotify, you can even find playlists of songs created by Boomy—and they are actually quite popular.

Believe it or not, Boomy is not the first product that uses AI technology to create musical compositions. In the 1980s the classical music composer David Cope developed a special program for creating synthetic music, but of course the capabilities of computer technology at that time were much more modest than what we have now. There is an interesting story connected with Mr. Cope's program. David instructed the program to create a musical composition based on the works of J.S. Bach. While the program was doing its job, he went to the grocery store. When he came back, he discovered the program had produced 5,000 chorales based on the imperishable works of the classical composer. He later included some of them in his album, Bach by Design.

Next let’s discuss an example of an AI application working in cooperation with a living person to create music. In 2019, American composer Holly Herndon, who creates electronic music, recorded her new album, Proto, in cooperation with an AI system called "Spawn". At this point you should know that Mrs. Herndon is not only a recognized musical master, but she also has a PhD in computer science from Stanford University. This makes her the perfect candidate for the role of writing music with a computer companion.

She noted that the technological progress of recent years, and in particular in the field of artificial intelligence, has made it possible to implement “in hardware” things that a decade ago seemed like science fiction to all of us. What's more, songwriting software has become more accessible and cheaper.

Of course, these new achievements in the field of artificial intelligence do not go unnoticed. Generally speaking, the media likes to write about this topic, so with continued growth in this area, we can expect to see more news about it too. AI is, of course, not only suitable for songwriting; it can potentially be used for a wide range of other tasks in the music industry.

When the pandemic was in full swing, almost everyone was isolated at home, and trying to organize work under these conditions was a huge problem. A joint rehearsal of an opera troupe was a real issue, for example. Matthew Shilvok, the general manager of the San Francisco Opera, recalls how badly they needed a quality video-conferencing system at the time to make it possible for singers and musicians to rehearse together as closely as possible to the live rehearsals that everyone was used to. Under the strict rules in place at that time, it was prohibited for more than one person to be in the same premises at the same time, which ruled out the possibility of a live rehearsal together. Holding a rehearsal online using the usual video and conference platforms was also a bad option, given the delay in the audio/video signal. This became a critical moment for the orchestra, because given their options, it was impossible to achieve any synchronization.

So their managers tried to solve this problem with a specialized platform for musicians called Aloha (a product of the Swedish startup Elk), in which all delays are kept to a minimum. To understand the difference, for the most popular products in this area (Zoom, Skype, and Google Meet), the standard audio/video delay is approximately 0.5 seconds; the developers of Aloha managed to reduce this parameter to 0.02 seconds—all thanks to AI.

Another interesting AI product for music is Newzik. Its developer, French musician Aurélie Azoulay-Guetta, has created a platform that makes it easy for musicians to digitally share sheet music for concerts.

The motivation behind the creation of Newzik was the desire to save professional musicians from the constant stress they experience when looking through their pages with notes over and over again during concerts and rehearsals and being distracted by continually turning pages. Azule-Guetta's new solution allows them to flip through virtual sheet music with their feet using a special pedal, which is very convenient when you are holding an instrument with both hands! The application also has another useful function: you can take notes on the screen with an electronic pen, and they will be displayed automatically to the other members of the orchestra.

Companies are creating many new products aimed at optimizing musicians’ work. Take, for example, the Portuguese startup Faniak. According to its director, Nuno Moura Santos, their app is "something like Google Drive on steroids," making it easy for professional musicians to conduct all their administrative work in a convenient, integrated environment. This allows them to spend a minimum amount of time on side work and allows them more time to devote to their main occupation–making music.

As you can see, AI technologies are no longer a product of the future; they are already actively being used in various fields, and in particular music. So who knows? In the near future we may go to concerts not to hear living people but machines. 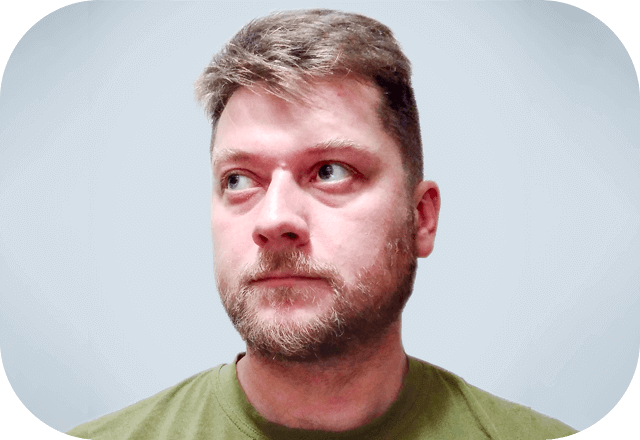