This is the second interview with our QA instructor, Natalia, in which she shares about her personal experience, her relationships within the company, and the difficulties and prospects for women working in technical fields.

During our first interview, you said that you started your career in IT more than 10 years ago. How has the industry changed over the years in relation to women?

I started in 2010, so 12 years ago. At the time, there were far fewer women in the tech sector. As a rule, when you begin thinking about technical direction, you start with development. Initially, it was really limited to development, but then companies began to open sales departments, which included a lot of women. These women got into product marketing as a result. With the development of new ramifications, new opportunities opened up for women, and there were more prospects. Given the creative female nature, very few women want to write code, so many have found themselves not only in marketing but also in UI/UX design, because they know how to communicate with customers. They can learn how to use the product from a customer perspective—where someone clicks, where they go, and what to expect.

In general terms, when I started, we worked mainly on male-dominant teams, but when I left IT, related departments were already staffed by about 50 percent women. The ratio has changed for the better.

Now, according to statistics, about 20 percent of all technical positions are occupied by women. The ratio is about 5 to 1. In your opinion, besides not wanting to code, what stops women from going in those directions?

Some people are of the opinion that a man will invest more effort because he does not have to go on maternity leave, do laundry, or look after children or the house. They believe that if you are a woman who has a family and children, you will not be as valuable a worker as a woman who does not have a family and children and is not planning to have them soon. This has a big impact.

While working in tech, I met several women who eventually left for other areas simply because they could not devote as much time to work as it required. They went to areas that weren’t even related to tech; instead they took roles where they could devote more time to their families.

The laws of a patriarchal society have not gone away. Until now, there has been a belief that a woman cannot code or think technically. There is a trick in the US that a woman can be paid less, and there is evidence that women are paid less than men for the same work. But thankfully, gender equality is now very well promoted. Even at Stanford, 51 percent of students are women versus 49 percent men. They want to keep the ratio at 51 percent women to give them the opportunity to develop, because they believe that women have been neglected for many years.

My opinion is that yes, women are now going into IT, but they are constantly met with the stereotyped opinion that they will be distracted, and because of this, not as many women are hired by male managers. From personal observations, I can say that women are mostly hired by other women because it is more convenient for them to work together.

You touched on the topic of the glass ceiling for women—the point where they have to choose between career and family. This was many years ago; does it exist now?

It seems to me that it still exists. When I worked at Apple, my manager was young—under 35 at the time—and she had no family or children. I asked her why she was still single. She honestly said that she really wanted a family, and she had frozen her eggs for the future because she couldn’t afford it at the time. If she had chosen a family, she would have lost her job. Working in a huge corporation forced me to put off personal things, and years of working on a career motivated me to stay a little longer.

Women are either not taken seriously, thinking that raising children will take a lot of time, or it’s thought that they will eventually leave or not work as hard.

I know a manager from another company who quit her job when she gave birth to her second child. She said she just couldn't stand the pressure from work and family. It is difficult to be a mother to your child and meet the expectations of the company at the same time. Moreover, if a child gets sick, you take a sick day, and then another one, and you have a limited number of days. No company will be happy if you keep doing this; eventually you'll be fired. Men don’t take sick leave for their children, so their relationship with management does not deteriorate because of it. In the end, mothers leave, and single women move further up the career ladder.

The difference in the salary rate is about 3-4 percent between men and women in the same position. Some people say this is because women don’t know how to negotiate or seek promotions. What should women do to acquire this skill?

First, we have a tradition that women earn less, most likely because women don't fight for their wages. They feel unspeakably lucky that they were taken. As a rule, they agree to the salary that is offered.

You tell yourself, “Okay, I'll work for a year, and maybe they'll give me a raise, or maybe not.” Men have more opportunities to get a job. They have more time to go to interviews because they don’t have to worry about children needing to be taken to school or the hospital because of the cold. A woman is simply glad that she was hired and agrees to any conditions. I think this is the only reason why women do not fight for their stake.

I have read many studies on this subject. When women were asked why men were paid more, they answered that they consider it a success that they were hired in a predominantly male field where they can prove themselves and show that they deserve it. Men don't care about these things. I was given good offers, but I don’t know what conditions were offered to men for the same position, so I have nothing to compare.

So you’re saying this is first of all a psychological issue. You must have overcome this problem. How did you learn to ask for a higher salary?

You know, I didn't. I thought exactly the same as every other woman in my place. I needed a job and I took anything that was offered to me. I grabbed at everything, because I was firmly convinced that I would gain experience and be able to get a better salary. And I received it. However, knowing that statistically speaking, women earn less, I did not fight hard for it. Basically, I tried not to think that someone is getting paid more than I do. I probably took this approach because I'm not a careerist.

There are those who are strongly committed to getting promoted and knock out a promotion every year. A career-minded person will get promoted, while others will put up with what they have and will be comfortable with the status quo.

You were a woman leader in the technical sector, a kind of unicorn. As far as I understand, now there are more women managers. What are these female leaders like? Can you describe them?

A female leader is a woman who started some time ago. She is not a new person, and she knows how things work. Leadership positions are occupied by people who started 10 years ago, like me.

But many of the women I started working with never made it to leadership positions. From my acquaintances, quite a few people have become managers, but we lost a lot of people along the way. After 10 years of work, when you could potentially advance to a managerial role, you either stopped working in this area, making a choice in favor of family and children, or retrained yourself in another field where you were happier to work.

In my last company, I was the only female manager; all the others were male. Sometimes you sit in the same room with 20 men and you understand that they most likely think that I accidentally entered the wrong room. You just have to live with this, not take it to heart, and understand that you are an employee with qualities that allow you to be in this position. There are critically few women managers in such positions.

Have you ever experienced discrimination based on gender?

I came across this very often, but the most interesting thing is that it was more on the part of women. I mean, men can think like that, but they don't really show it in the US, because the US is a country that does a good job standing up for women. This is especially true in a place like California.

At the same time, on the female side, there are often all sorts of comments or jokes. If you have good relations with other colleagues, in particular with men, then the women who work with you can sometimes say things to you or about you behind your back.

As a mother of five, how do you manage to do everything? Before leaving tech, were you able to work, raise children, have a home, a family, and everything else?

I could joke and say that I raised my children poorly, and maybe that’s true. On the other hand, I understand that my work fed me and my children very well.

If you combine work and family affairs, you just choose what you can do and what you must sacrifice. As a result, I left after 12 years in tech after realizing that I had no time for anything.

While the children are small, you manage, but when they grow up and go to school—when you go to parent-teacher meetings—that’s when the problems begin, especially if you are a manager. I can’t say that I did it well, but I can say that I did the absolute best I could.

I know several people with a specialized education, in particular one woman who was a rocket engineer. She worked in California. She somehow pulled it off. She had three children, and at some point I learned from social networks that she had left the industry. At that moment, I was just starting to think about leaving, and she had already decided. In a personal conversation, she admitted that she understood the incompatibility of motherhood and serious manager’s work. Yes, the salary was good, and the work was interesting, but the fact that her husband and children did not see her was very embarrassing for her.

So, I know several people who left precisely because they had to put so much energy, resources, and time into work. The sphere is constantly changing, so you constantly have to study, take courses, and receive new certificates to stay relevant.

You must be aware of what is happening in the tech industry. You have to spend time not only on work, but also on studying. When you have children, it becomes difficult to do. The sphere is really good, but many women fail to invest as much as it requires just because they are a woman.

Natalia, this was a very interesting interview. Thank you!

You have helped us to see the tech world from a different angle. Thank you very much for such a unique and interesting take on the situation. 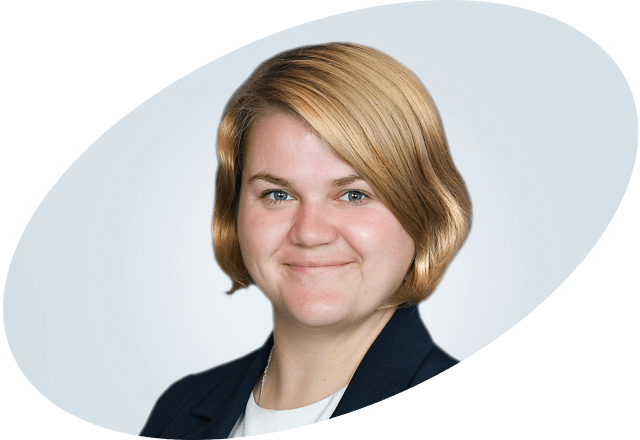