We often write about success stories of our students to inspire some of you to try a new career. This story is about Eduardo who needed only two months to find a job after graduation.

Tell us a little bit about your journey into the QA field...

I’m from Cleveland and I actually have a musical background.

Before starting my manual QA course at Careerist, I’d actually completed a coding bootcamp. I did a 15-week course where I was taught about HTML, CSS, JavaScript and ASP.NET. I also obtained four Microsoft certifications too.

My coding bootcamp experience was mostly theoretical, so I don’t have a huge amount of practical experience in the area. In the end, I decided that that wasn’t the route I wanted to take.

So, you could say that I do have a little bit more of a technical background than some students who study with Careerist.
‍

How long was your job search?

I started the course with Careerist on January 31st, and I did a two weeks internship at the end as well.

When the course finished I prepared for my upcoming interviews with my mentor. This process took several weeks, and looking back, I really appreciated this time.

It does take a while for you to feel at ease with all the potential questions recruiters might ask you. But eventually you feel confident enough to tackle interviews.

I got an offer in the last week of June. The job was at a telecommunications company in Florida. I searched for exactly two months before I got a job offer.
‍

Can you tell us a little more about your job searching process?

I really applied myself during the job searching process, so much so, that I ended up applying for 700 jobs. That was roughly 30/40 applications a day, on a bad day I’d only send out 20 applications.

I decided that I didn’t want to move or relocate, therefore I applied for full-time and only remote jobs. I know that’s something people say you shouldn’t do, but it was my choice. I knew that narrowing my search like that would result in me taking a little bit longer to find a job. I was happy to take my time though.

I had about seven secondary interviews with hiring committees and managers.

One company in California decided they wanted to interview me seven times, and then they said they couldn’t decide between me and another person, so they gave us a coding challenge. I was able to figure out the problem but the other interviewee didn’t know how to fix the issue. I decided I didn’t want to work for that company in the end. It wasn’t an environment I liked.

The next day I got a call from another recruiter for a job I hadn’t applied for. They said that I was perfect for the job. We scheduled an interview with the hiring manager and the developer for the very next day. They grilled me for an hour and a half. After that they told me that I’d get to meet the CEO.

Me and the CEO talked for about two hours when we met, and the next weekend he offered me a job. He offered to pay me a salary of $95,000 a year.

I guess you could say that I had a lot of interviews, but you see I didn’t actually get a lot of second stage interviews. When I went back and reviewed my performances, I noticed that I didn't always sound confident during my first interviews.

I reviewed my approach and learnt to be more confident. I actually started recording myself to make sure I sounded confident when I was answering questions. And I decided to talk with a slightly different tone of voice. It did the trick for me and I got to more second interview stages.
‍

Congratulations! Can you tell us a little bit about your job?

So, my job is going to be in Tallahassee, Florida. It’s a fully remote, full-time software testing position.

I think the role will involve both mobile and web testing, but mostly mobile. I guess I’ll be looking at Android and iOS devices. I think that’s wonderful!
‍

How many companies did you have an interview with?

Let’s say nine. My primary goal was to get at least 10 interviews.

Before each interview I would listen to the last lesson given by the Careerist team over and over. I listened to it every chance I had. I even memorized the jokes. I really loved the video, and I even read the accompanying document 40-45 times.

I would watch every single link, and I would read over the API and SQL course material. Given the fact that I already had an SQL certificate this was a little easier for me. I did actually go to an interview where they gave me an hour-long API test – that was really tough.

I have to admit that a lot of my interviews were not easy. I had a lot of tough interviews, where people would grill me on a lot of theoretical stuff. So, I had to be well-prepared, I guess I was way over-prepared in some cases.

It’s one thing talking to a friendly mentor, or a mirror, but when somebody else is there, putting you on the pot and making you create test cases, assignments and bug reports, it’s a different story. Interviews are difficult.
‍

What’s your overall impression of interviews?

I think in my case my interviews were unique. I would have to say that about 7 of them were complicated. But that’s because I had a coding bootcamp listed on my resume, so people were expecting me to have a bit more knowledge. Although I did tell recruiters that my knowledge was limited, they invited me to interviews anyway.

The winning interview I attended was technically easier, but the behavioural questions I had were very tough. They wanted me to explain all my answers, and they wanted me to back up what I was saying. They liked to ask me how I’d do certain stuff as well.

You should prepare for interviews beforehand. You should aim to learn the 15 basic questions on Careerist’s interview question list at a minimum.

What questions popped up a lot during your interviews?

During one interview I was given 40 minutes to test a dry erase marker. I guess I was one of the unlucky ones.
‍

Have you got any advice for your fellow graduates?

If they ask you if you have other job offers, don’t say you have any because they will discard you, and you might lose a good job offer. I learnt this the hard way, so it was my fault.

Search for your manager on LinkedIn and do your homework, download the company's app and do some testing beforehand, so you have opinions to share.
‍

Thorough preparation and persistence has really paid off for you! We are thrilled to hear about your success and we are looking forward to seeing you on our automation course.
‍ 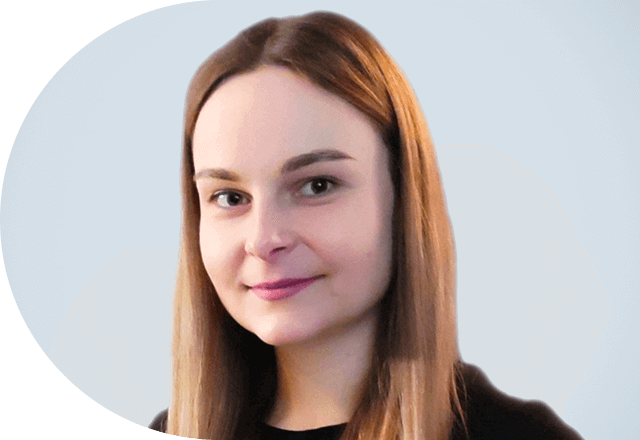